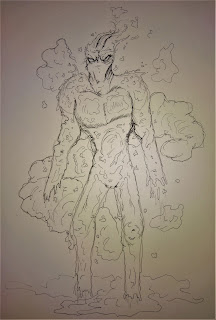 The Chestnut Ridge is a place that is littered with UFOs, Ghosts, Cryptids, Bizarre Sounds, and anomalous phenomena that seem to be honed to this bizarre stretch of land. Just what is the reason for this concentrated area of high strangeness is anyone's guess, but it is an area where just when you think you've seen the weirdest thing imaginable, something else will come a short time later to top it. This is just the case when in 2018, a motorist had a brief encounter with a shambling humanoid that seemed to have the same ability as Rachel from Nightbreed or Johann Krauss from Hellboy, in other words, could turn itself into or is made up of fog or mist like structure.

An unnamed man was driving down a stretch of road late at night on September 10, 2018, in Derry Township. It was raining, and the man, due to the dim visibility, had to turn on his high beams, and as he traveled along the road, he noticed that there was something moving in the road some 75 ft down the road. Due to the potentially hazardous conditions, the driver was watching the road and his surroundings very carefully and did not seem to notice any movement come from the side of the road, implicating that whatever was in the road seemed to just appear out of nowhere. The object, however, while he was unsure as to just how it came to the center of the road, was moving. The figure seemed to move from left to right. The man thought that at first, just what he was seeing was a cloud of fog, but as he looked out into the darkness, he could tell that there was no other fog in the surrounding area and so that whatever he was seeing it could not have been that. As he stared at the object, he could soon tell that whatever it was, it appeared to be almost in the shape of a human figure but did seem to be made up of either white mist or fog. The man as he approached the figure in his car, he noticed that this moving fog humanoid was about 6 ½ to 7ft tall, and he noticed that as this ethereal entity moved across the street, it seemed to be slouched over as it moved, and he was able to notice notable arms and legs. While the figure had less defined arms and legs, the being did not seem to have feet and seemed to move in a walking fashion above the ground as if it was walking on air. The most noticeable features, however, were that the figure had massive muscular shoulders and an incredibly small waist. The figure did have a head, but unlike the well-defined body, the head was wispy, and he was unable to see it clearly. The creature moved across the road in a matter of seconds, and as he watched the ambling anomalous being walk into a nearby field where just as quickly as it came, it seemed to disappear. A short time later, the witness got a hold of paranormal Pennsylvania researcher Stan Gordon who would go and write an article about the bizarre sighting.

This encounter is exceptionally brief, and there's not a lot to go on, but the bizarre nature of the being seen is, I feel, enough to at least warrant some attention. This figure is truly an anomaly, and with such, one must look at the case a little bit differently than one would with a bigfoot in regard to a skeptical answer as well as a Fortean answer. From a skeptics viewpoint, this being could just be a pocket of fog that drifted across the road, and the man misinterpreted it or wildly imagined that it was a figure moving. Fog forms when cold air moves over warm water, so perhaps what was seen was a quick cold snap that created just enough fog to make a form and was then carried off where it evaporated. The form of a human being could be an example of Pareidolia, such as when one sees shapes in clouds or Jesus on a loaf of bread. The fact that it was raining could easily have attributed to all of this; however, I will say that while not impossible, it would be unlikely as when fog occurs, there are usually areas that would be hit first with the formation of it such as fields, and the fact that this phenomenon occurred exclusively in the center of the road and not in any of the other areas around makes it slightly unlikely that traditional fog or normal weather conditions could cause this phenomenon let alone create the motion of a figure ambling along especially since it did this by walking on air.

Unlike other cases which venture off into categories like Cryptids or Aliens, there are not too many things this being could be. There's nothing biological in nature to this creature, and instead, it would have to get into some of the more ethereal categories of entities. The first possibility is that perhaps this being is a ghost. Spectral apparitions are often described as misty or fog-like, and that on occasion, they seem to be missing portions of their body, usually feet. Now while ghosts are anecdotally reported everywhere, a quick peruse through what resources I have and those I checked online, I was unable to find any written or documented cases of ghosts in Derry Township outside of one which has no association with any road in the area. However, a quick search into the history of Derry Township in regards to vehicular deaths and deaths on the roads does show that there were several in recent years of people of various ages that could attribute to this entity appearing; however, this is entirely speculation. Now I will say there is a problem with the ghost identity for this being as the fact that this entity was 6 1/2 to 7ft tall which while not exactly out of the ballpark of normal human height it is still less likely, and when one points to how this entity seemed to be without clothes and having less defined features like the head, arms, and legs it almost seems that the ghost angle is much less likely.

Another possibility is that perhaps this entity is solely supernatural, being either a demonic figure as such entities are also described as misty figures much like ghosts or a supernatural entity like a Djinn, which also has occasionally been described as being mist-like in form. While these figures are often tied to Abrahamic religions like Christianity and Islam, it is interesting to note that they do bear strong similarities with some minor differences from each other, and while the existence of the religions themselves is an altogether different topic, I've always felt that the entities described therein could be representations of a phenomenon that is misaligned.

A final possibility as I seemingly grasp onto whatever possible paranormal outlet I can is the idea that perhaps this entity is an elemental. Elementals are spirits that represent different forces of nature; some of these are often included in the Fae, but in many ways, elementals are their entirely own categories. In folklore and myth, there is an entity known as sylphs or sylphids, which are described as invisible entities that live in the air. The sylphs brethren of elementals are the salamanders for fire, the gnomes for earth, and the Undines for water. These beings have a variety of abilities depending on their element and often have shape-changing abilities or the power to disappear. Perhaps the entity seen in Derry Township was one of these beings that might have for a very brief second was able to be seen either accidentally or because of the weather condition and that it could also explain if this being is a Sylph, especially why it suddenly disappeared as these entities tend to almost always be invisible. However, as with all of these possibilities, it's just speculation.

Cases like this I'm perplexed by because if this is an authentic case and the being seen was not some misidentification or wishful thinking, it just opens a whole ethereal box that does not match what we currently know about how the world is. This entity is more than likely not a ghost which is a little more acceptable in terms of "traditional" science as there have been countless cases of photographs, recordings, videos, temperature changes, and the like that can be attributed to ghost activity and knowing that our body is essentially an electrical machine with gases and liquids to make it function it's not too far out of the way to think that once someone dies that energy and chemical makeup simply transfer out of the body, yet with something like this and part of this also goes to the briefness of the encounter as we are left entirely to speculate as to the origin and nature of this being, it just is impossible to decipher how and why it exists. If it's an elemental, there's nothing for us to understand how or why that would come about, and the same goes for demons or djinn as unlike with a ghost where there's a transfer of energy and chemistry, these entities just seem to exist with no discernible origin unless the religious routes are to be believed. As a researcher, I'm open to all kinds of cases even though my preference is with Cryptid and Aliens, and I'm a firm supporter that the Fae are a viable phenomenon for research, yet in cases like this, I scratch my head and do put me out of my normal comfort zone. However, it's because of this that I think cases like this need to be studied further as this could mean that there are potential aspects to the universe that still need to be realized and with such whole new plateaus of science for us to climb which, to say the least, is not only exciting but also important for us collectively as a species.

We are a collective of writers, artists, explorers, adventurers, cryptozoologists and researchers dedicated to keeping Earth's last remaining mysteries alive through interviews, articles, photographs and classic reprints from some of the most well known researchers of today, and of those that came before them. 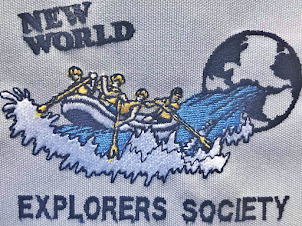 Miller, a psychologist, is a dedicated amateur explorer and cryptozoologist. These books recount his travels in search of the yeti, mokele-mbembe, giant anacondas, African ape-men, and other cryptids. Miller reports two exhilarating moments: having his boat lifted by a large unidentified aquatic animal on a Venezuelan river, and photographing the strange elephants of Bardia […] the reader will certainly gain an appreciation for the challenges of cryptozoology.

Marc is an adventurer in the true sense of the word and among the great explorers of our times. 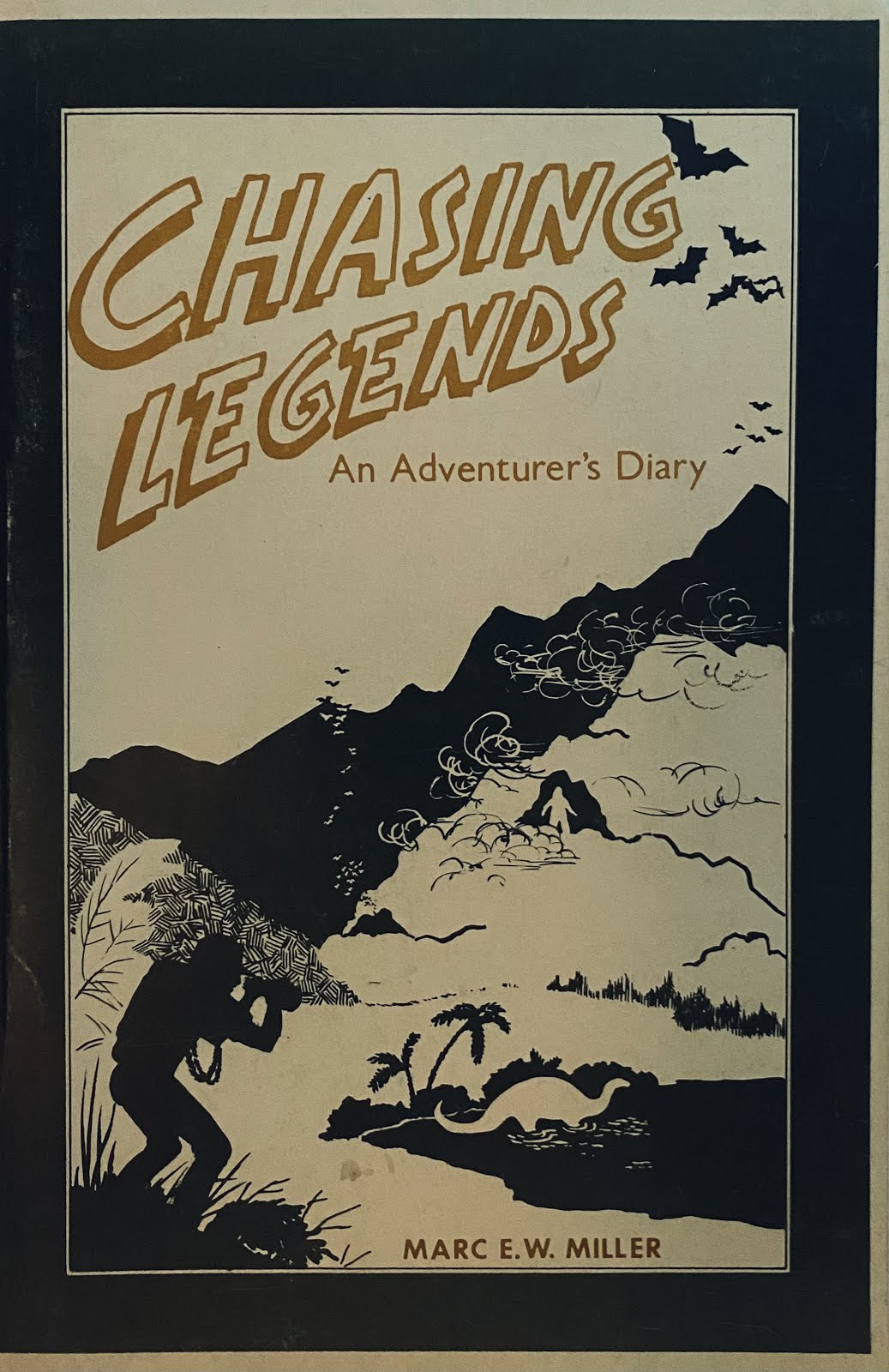 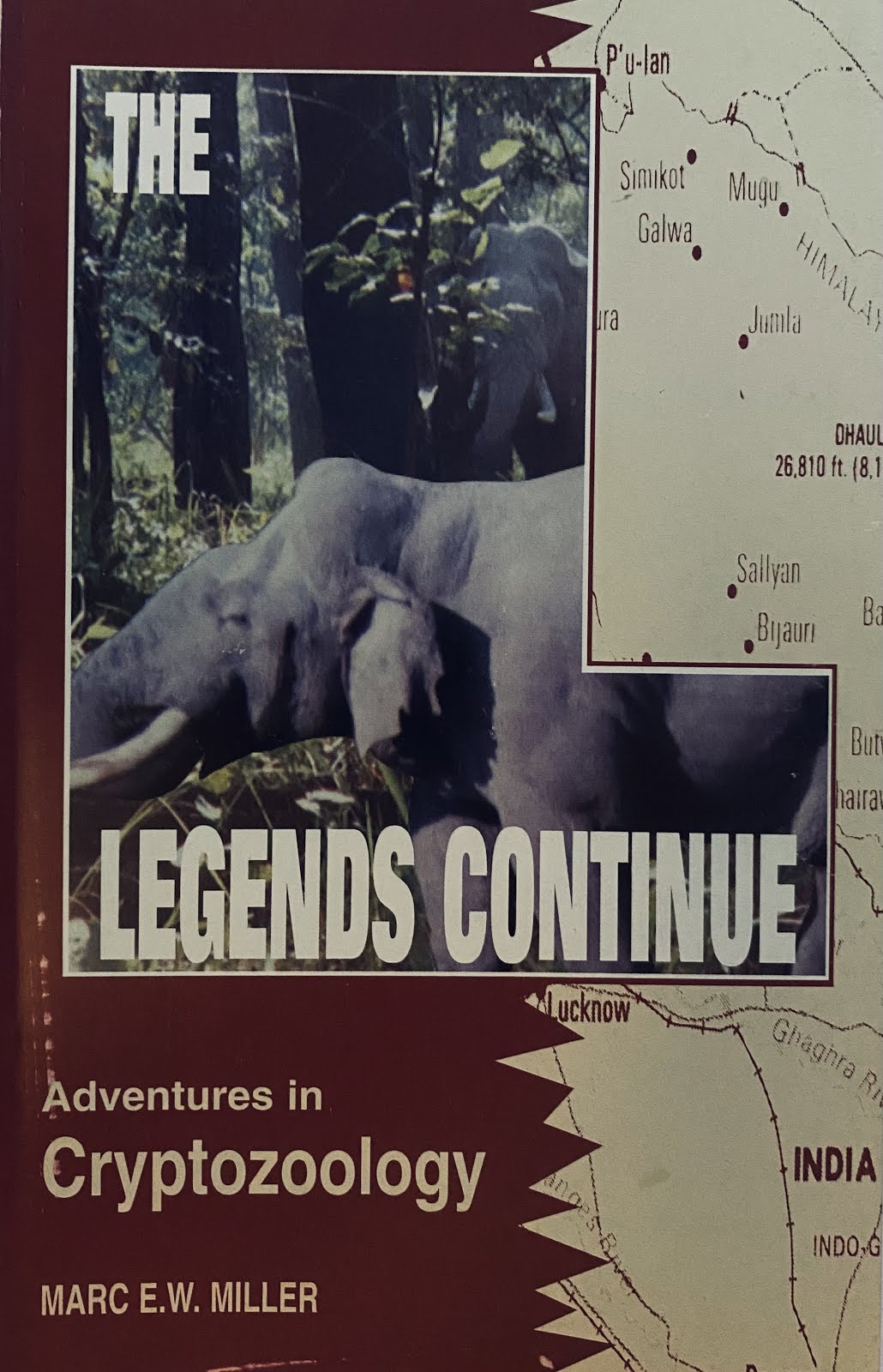 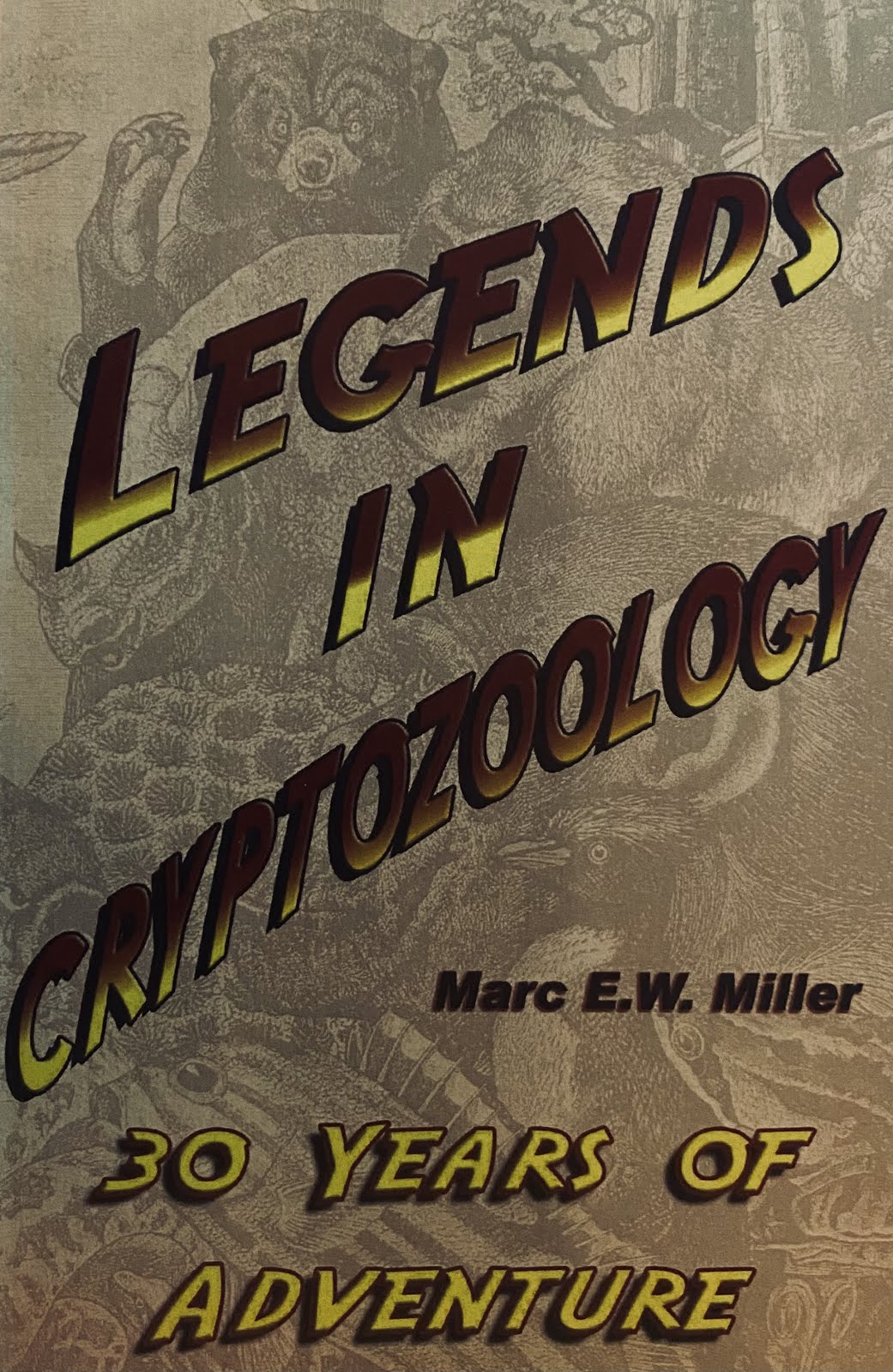